International Day for the Eradication of Poverty

The statistics on poverty are shameful. The World Bank estimates that 9.2% of the world, or 689 million people, live in extreme poverty on $1.90 or less a day. Children and youth account for two-thirds of the world’s poor, and women represent a majority in most regions.Extreme poverty is increasingly concentrated in sub-Saharan Africa, and has doubled recently in the Middle East and North Africa to 7.2%. Countries impacted by fragility, crises and violence are home to about 10% of the world’s population, but account for more than 40% of people living in extreme poverty. By 2030, an estimated 67% of the world’s poor will live in fragile contexts. About 70% of people older than 15 who live in extreme poverty have no schooling or only some basic education.1.3 billion people in 107 developing countries, which account for 22% of the world’s population, live in multidimensional poverty. 644 million children are experiencing multidimensional poverty. International Day for the Eradication of Poverty was first launched in 1987 by Father Joseph Wresinski (1917–1988), a priest who founded the International Movement ATD Fourth World with the goal of eradicating chronic poverty through a human-rights based approach. 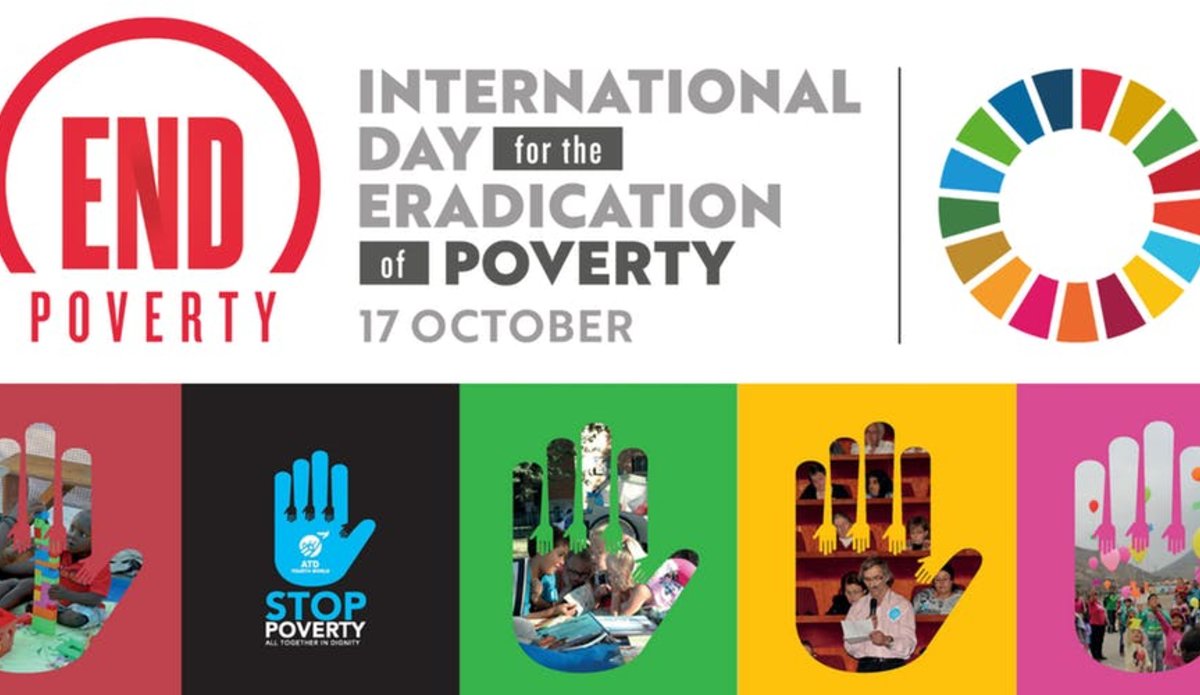