World Refugee Day is to acknowledge the strength and courage of people who have been forced to flee their home country to escape conflict or persecution, to build empathy and understanding for their plight and to recognise their resilience in rebuilding their lives. Established in 2001, the Day marks the anniversary of the United Nations 1951 Refugee Convention which, together with the 1967 Protocol relating to the Status of Refugees and the Office of the United Nations High Commissioner for Refugees (UNHCR), provides for international protection for refugees who do not have the protection of their own governments. At least 79.5 million people around the world have been forced to flee their homes. Among them are nearly 26 million refugees, around half of whom are under the age of 18. 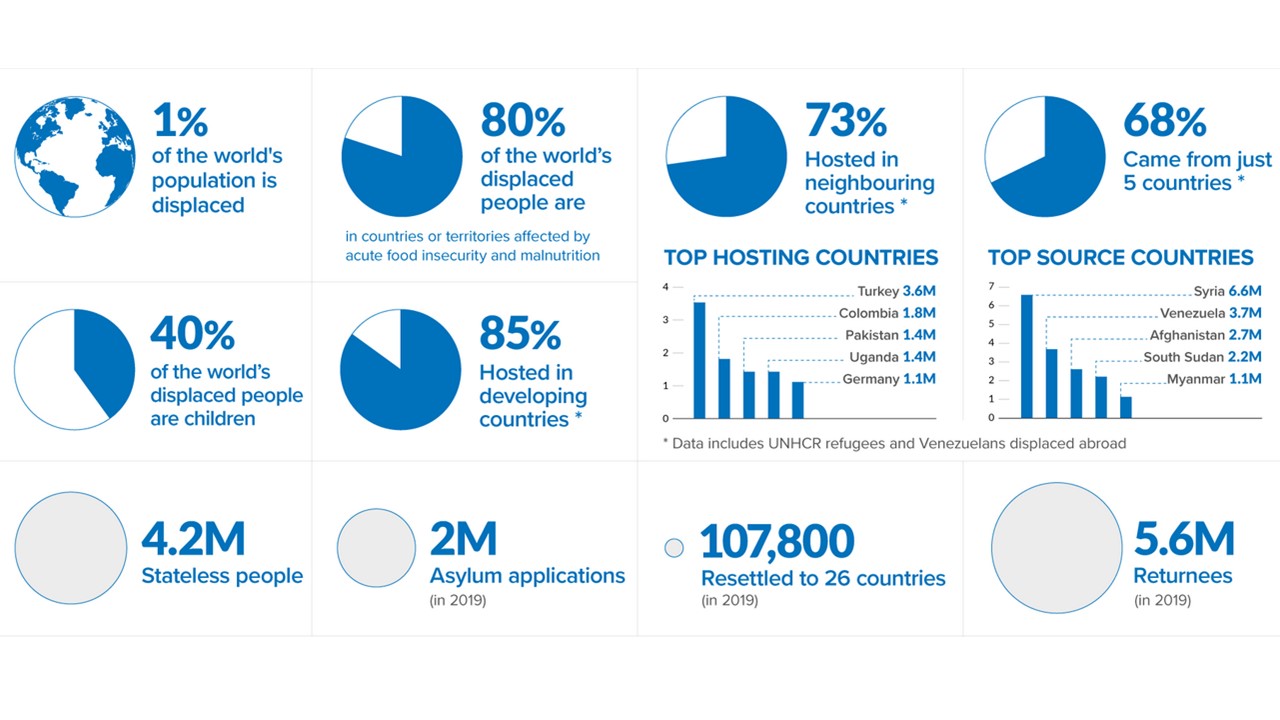