International Day for the Preservation of the Ozone Layer

As explained by the National Aeronautics and Space Administration, ozone is a gas made up of three oxygen atoms (O3) that occurs naturally in the upper atmosphere — called the stratosphere and at 10-50 kilometres altitude.  In the lower atmosphere (the troposphere) near the Earth’s surface, ozone is created by chemical reactions between air pollutants from vehicle exhaust, gasoline vapors and other emissions. At ground level, high concentrations of ozone are toxic to people and plants. Ozone is destroyed when it reacts with molecules containing nitrogen, hydrogen, chlorine, or bromine. Though some of the molecules that destroy ozone occur naturally, people have created others. Without ozone, the Sun’s intense ultraviolet (UV) radiation would sterilise the Earth’s surface. Ozone screens all of the most energetic, UV-c, radiation, and most of the UV-b radiation. Ozone only screens about half of the UV-a radiation. Excessive UV-b and UV-a radiation can cause sunburn and lead to skin cancer and eye damage. International Day for the Preservation of the Ozone Layer marks the date of the signing, in 1987, of the Montreal Protocol on Substances that Deplete the Ozone Layer (resolution 49/114) and is to protect the ozone layer by eliminating total global production and consumption of ozone-depleting substances (over 100 chemicals).

Instead of using ozone-depleting chemicals, we suggest going to the United States Environmental Protection Agency site to find the appropriate substitutes for each industrial sector: 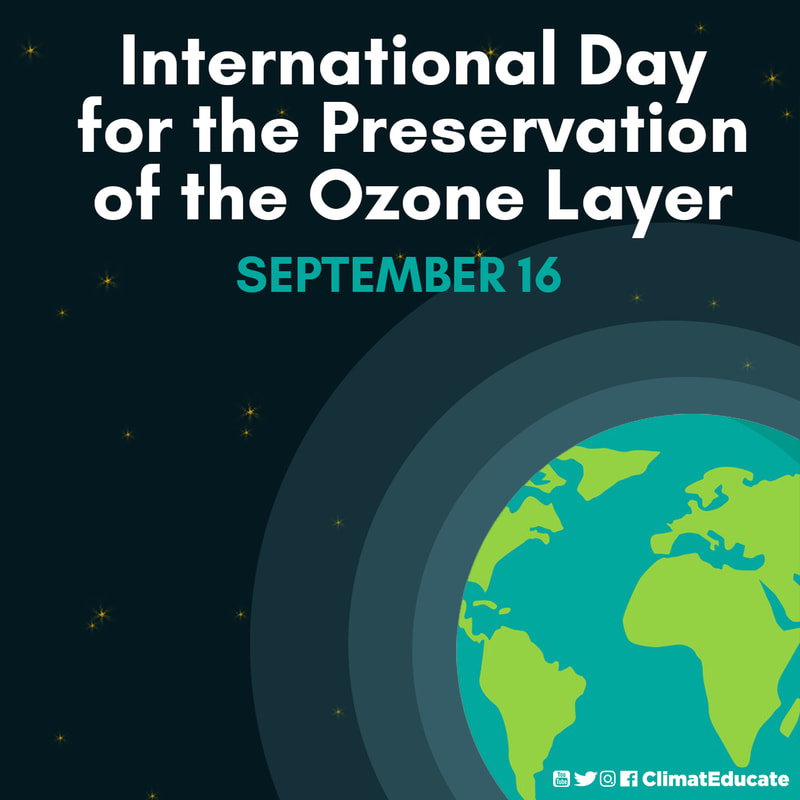