International Day for the Abolition of Slavery

An estimated 40.3 million people are in modern slavery, including 24.9 in forced labour and 15.4 million in forced marriage. There are 5.4 victims of modern slavery for every 1,000 people in the world with 1 in 4 being children. 16 million people are exploited in the private sector such as domestic work, construction or agriculture; 4.8 million are in forced sexual exploitation; and 4 million are in forced labour imposed by state authorities.Women and girls are disproportionately affected by forced labour, accounting for 99% of victims in the commercial sex industry, and 58% in other sectors. International Day for the Abolition of Slavery is to eradicate all forms of slavery, such as trafficking in persons, sexual exploitation, the worst forms of child labour, forced marriage, and the forced recruitment of children for use in armed conflict. 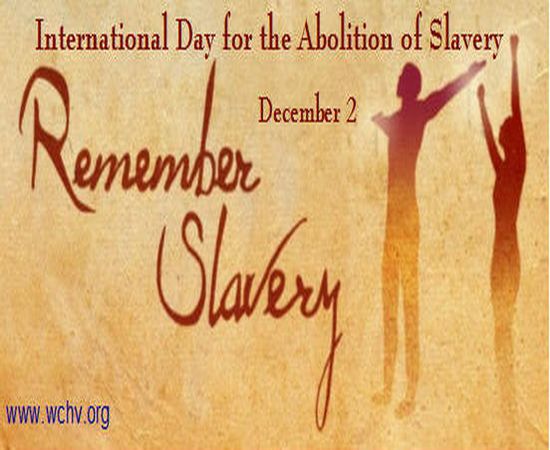